Posted on August 7, 2011 by Sebastian Marquez

I wonder if the Ko’olau mountains are sometimes taken for granted in the public’s eye. Thousands of people commute over and through the Ko’olaus every weekday for work or school. They are the prized “Mauka view” in real estate listings in Honolulu. Indeed, the Ko’olaus are the backyard for Honolulu and windward communities. Do people know what awesome wild things are still found in these mountains a stones throw away from most O’ahu residents?

Yes, the Wai’anae mountains still have an amazing diversity of plants. This area that I recently visited with Joel and Kenji was great though. So much diversity in a small area. And it isn’t in the remote wilds of the northern Ko’olaus either. This place is nestled above the populous Hawai’i Kai neighborhood. Let’s take a look at some of this diversity.

Here’s a lone Cyanea humboldtiana. How’s that for awesome right off the bat? Actually this plant made me question whether my id of C. humboldtiana for the Konahuanui plants is correct. The leaf margins are so much different. Mistakes… are a marvelous thing! I’ll double check on those plants. Lord knows there enough misinformation out on the web, I need to keep mine to a minimum.

Inline with diversity in a small area, this C. humboldtiana is growing at the base of another rare plant…

A’e (Zanthoxylum oahuense) is a rare Rutaceae found only in the wet summit areas of the Ko’olaus. From afar, this species can be confused with Lapalapa (Cheirodendron platyphyllum). From Danakil it might be a different story. (A 100 marvelous points for anyone that gets this bad geography joke!). Anyway, the leaves on A’e are typically much darker than Lapalapa.

Not even 30 yards from the A’e is another very rare plant. This species of Ha’iwale (Cyrtandra sessilis) is only known from a few scattered locations around O’ahu. Luckily, we caught it in flower. 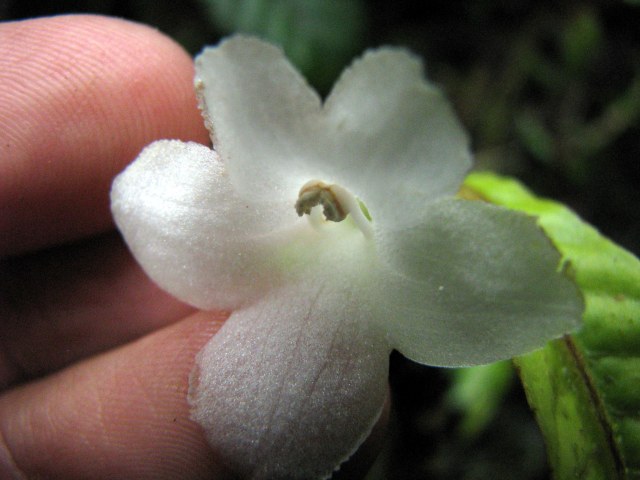 Close to these three species is another nice grove. 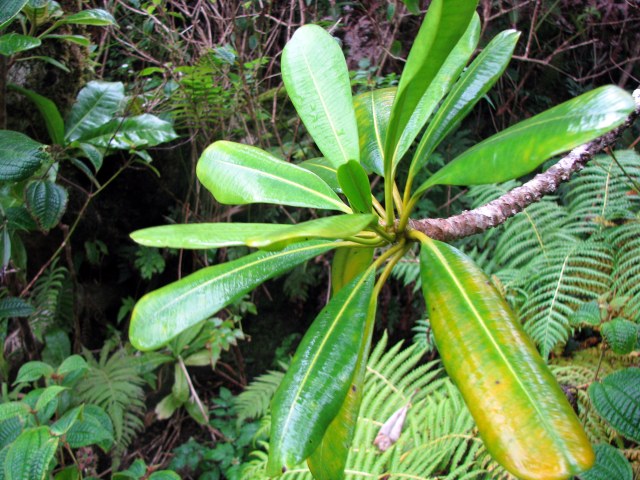 The grove is dominated by 2 large Kaulu trees (Pteralyxia macrocarpa). The leaves on this population are much smaller than the Kaulu I saw previously in the northern Wai’anaes. And again, we were lucky to see the trees in flower. 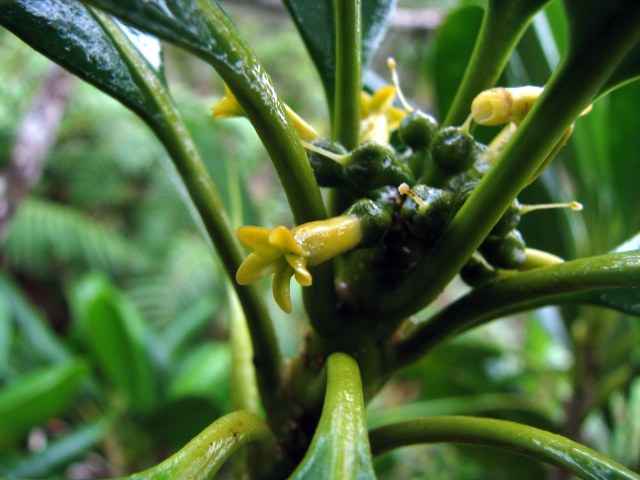 These tiny flowers will eventually developed into proportionally large fruits. Many fruit on the trees were still immature but it was really nice to see that they’re viable. There are a fair amount of Kaulu seedlings in the area. 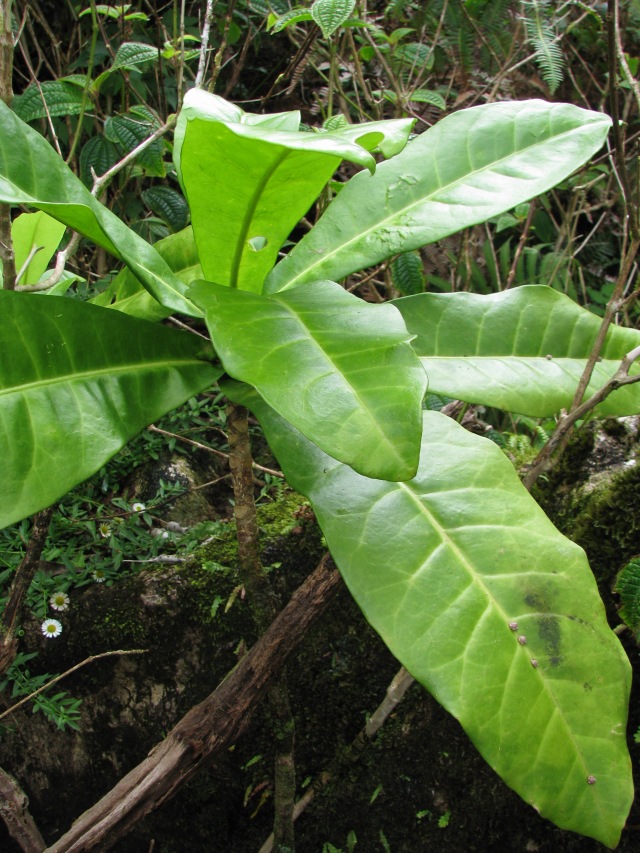 At the base of these Kaulu trees is another rare plant! Amazing! Platydesma cornuta var. cornuta is found only in the Ko’olaus. It is very similar to the decurrens variety of the Wai’anaes, differing mainly in the more abrupt leaf base in the Ko’olau populations.

But of all the plants in the area, I’d have to say this one is the coolest for the story alone. This is Cyrtandra gracilis. C. gracilis was presumed extinct; it was only known from the specimens collected by Hillebrand in the 1800’s. That’s a long time, you would think all hope was lost. Which makes it more amazing that the very gentlemen that I was hiking with rediscovered the species around 2003. O’ahu has been scoured over by keen-eyed botanists for over a hundred years yet this species managed to stay hidden all that time. Such a recent rediscovery too. Just plain awesome!

This area IS exemplary; the amount of rare and unique plants concentrated in a small area is not typical. But it does show you not to take the Ko’olau mountains for granted. This green belt straddled by dense human habitation may yet reveal secrets that will amaze and enchant us. I for one will finish writing this post, go outside on my driveway in Kalihi Valley and look up and wonder….