The hills have eyes… and really weird flowers

Posted on February 27, 2011 by Sebastian Marquez

I like hiking Ko’olau range because I like the juxtaposition of rare native biota and dense urban environments. That whole sharing the planet thing again. However, I just can’t deny how amazing the native flora is in the Wai’anae range is. So here we go, another trek into the hills above Makua, and more wonderful surprises…

Lobeliads! The first place we checked out was an exclosure that had some lobeliads outplanted in it. A place that can have both endangered Delissea waianaeensis and Cyanea superba in one shot? That’s a great way to start the morning in my book. Even better, the Delisseas were in bloom! 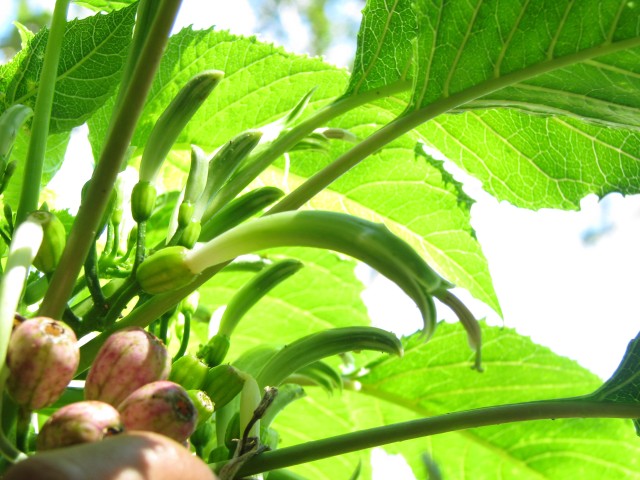 The flowers on Delissea species have knobs on the corolla which is one of the traits that separates them from Cyanea morphologically.

Here’s a common plant that I, for some reason, still have a hard time getting an I.D. This is Hame (Antidesma platyphyllum). The short, kinked petioles are diagnostic but I still get confused.

More confusion! Although perhaps it is a little bit more understandable in this case. I thought I was looking at some kind of Melicope. This is actually large-leafed, super revolute form of Ohi’a ha (Szygyium sandwicensis). This variant can be found in the Ko’olaus as well.

Finally something a little easier for me. Many of the Hawaiian plants in Coprosma and Hedyotis have new growth that looks like puckering lips. This is specimen is pilo (Coprosma foliosa). 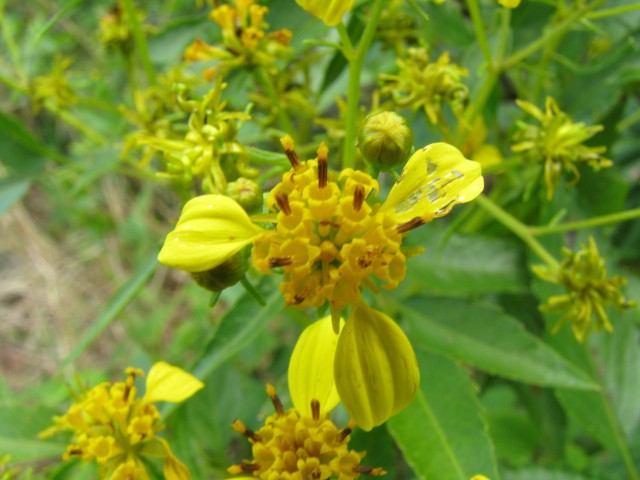 I like photographing the various species of Ko’oko’olaus (Bidens ssp.) because I think their yellow flowers contrast nicely with the green foliage. Bidens torta is especially cool because its achene are really twisted and convoluted. See below: 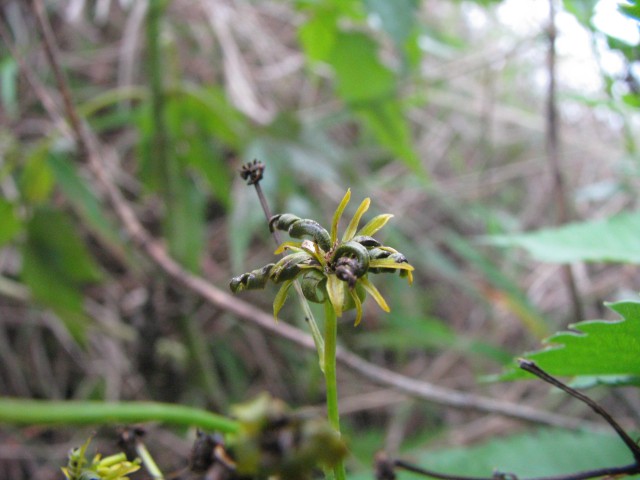 Here is an undifferentiated green mass. Why am I showing this badly contrasted photo? Well, the trees that dominate the top 1/4 of the picture with the silvery leaves are Kukui (Aleurites moluccana). Nothing special there for the native plant botanist. It’s the tree in the middle, right below the Kukui with all the dead branches that warrants the posting of this shot. It’s Fluggea!

There is a certain mystique surrounding Fluggea neowawraea. Mostly for the wrong reasons. F. neowawraea is one of the largest trees in the Hawaiian dry forest. The introduction of the black twig borer (Xylosandrus compactus) hit this species particularly hard. The insect kills the tree long before it reaches sexual maturity. There are mere dozens left in the wild now. Analogous to the American Chestnut (Castanea dentata), many of the live individuals have died back to the stump, leaving only vigorously growing auxillary shoots. Seeing large, live trees like this one is a very special treat.

For many, this would have been the highlight of the trip. But the little grove we reached later had me enchanted. I titled this post really weird flowers after all.

This gaping maw could be the antagonist in some video game. It is also happens to be a rare native plant. 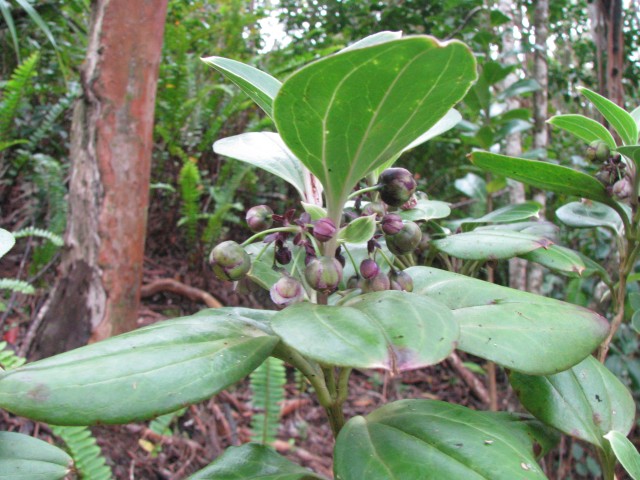 Schidea obovatum is a rare plant found only in the Wai’anaes. This species was recently moved from the genus Alsinidendron.There is a naturally occurring individual nearby, but the population we visited were outplanted. The ones that I saw were quite healthy. At least, healthy enough to throw out these vaguely sinister looking flowers.

Also in the same area was a first for me. Platydesma cornuta var. decurrens is a rarer member of the citrus family than all the different Melicopes found in Hawai’i. This species is only found on O’ahu. I was especially intrigued by the flower; the stamens were fused, giving the appearance of a double flower.

Whew! Endangered lobeliads, even rarer giant trees, awesome looking flowers… that’s quite a day of hiking. It is great to be able to enjoy the diversity of the native plant life here in Hawai’i. And the best part, I’ve barely scratched the surface.

2 Responses to The hills have eyes… and really weird flowers