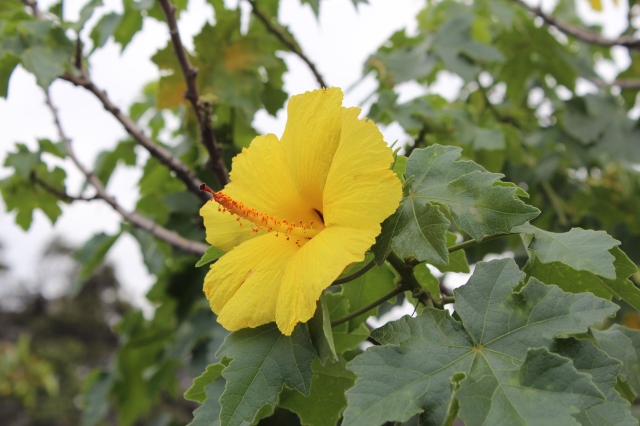 I was finally able to visit the Ka’upulehu dryland forest near Kailua-Kona on the Big Island. After spending some quality time in that lava-strewn forest, I cannot say enough about that place. It was some of the most amazing, hopeful forest that I have ever seen here in Hawai’i.

I spend much of my time in mesic and wet forest in the hills around Honolulu. But even compared to dryland forest here on O’ahu, Ka’upulehu was very foreign to me. For one it is right off the highway. It is such an irony that dryland trees are some of the most endangered yet, paradoxically, some of the easiest trees to see. One of the biggest threats to dryland plants here in Hawaii is habitat destruction. That’s not much different from many threaten plants and animals. But it is a specific type of habitat destruction that affects dry forest: urban development. Throughout the state; dry, sunny areas near the ocean have become prime real estate. Lahaina, Honolulu, Ewa Beach, Kapolei, Hawai’i Kai, Wailea, Kailua-Kona… these areas were all once mighty dryland forests. Most urban areas in the state have obliterated their dry forest. But it wasn’t so complete on the Big Island. Hence, this pocket of dry forest at Ka’upulehu is a few minutes from a residential neighborhood. 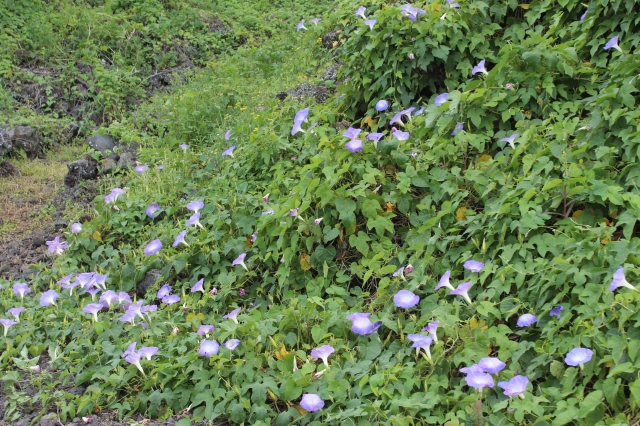 Another difference is the ground. Mesic and wet forest on O’ahu are fairly older substrate hidden by an assortment of long lived ferns and mosses and decumbent plants. You rarely see bare earth. Here at Ka’upulehu, the substrate is much younger. To speak plainly, it is still lava rock, looking as new as the day Pele laid it down.

The picture above shows another foreign think to me about the forest: opportunistic natives. Ka’upulehu had experience some extended heavy rain just before I visited the site. What would have been exposed lava was covered by a dense growth of anunu (Sicyos hispidus & S. lasiocephalus) and koali ‘awa (Ipomea indica). The numerous flowers of the Ipomea made for a lovely picture.

But it wasn’t just fast growing native vines taking advantage of the recent rains. The venerable trees had also opportunistically used the additional water to send out a burst of flowers, giving the forest an amazing colorful vibrancy. And me some great photo ops!

Hala pepe! Many of the hala pepe (Chrysodracon hawaiiensis) were in full flower. The yellow-orange flowers hung beneath the leaves like beautiful chandeliers. Unlike the more common C. halapepe on O’ahu, this species is endangered. And again, paradoxically, many of these rare trees can be seen along the side of the highway. 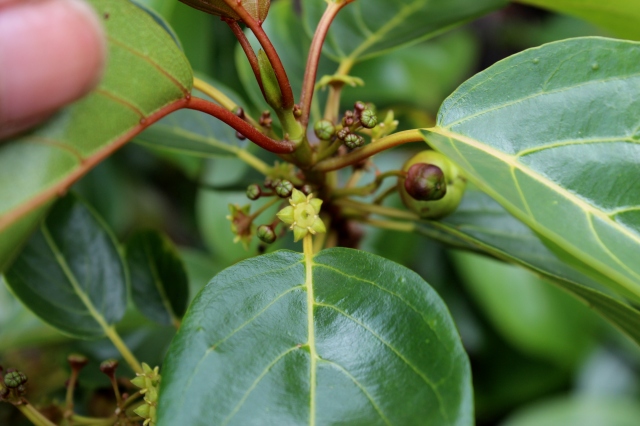 We go from the showy to the sublime. These are the unassuming flowers of kauila (Colubrina oppositifolia). Kauila is a highly prized wood for its density; kauila wood sinks in water. This property made it a favored wood for spears and other super robust woodworking items. The species epithet for kauila comes from the leaves. They are opposite of each other with respects to the node. Kauila is also highly endangered with sizeable populations only here in leeward Hawaii as well as the Wai’anae Mountains on O’ahu.

Another amazing plant was this ‘Aiea (Nothocestrum breviflorum). I had never seen one in the forest so I was especially pleased to come it. It was also in flower.

Don’t let its size fool you. ‘Aiea flowers are some of the sweetest smelling flowers of Hawai’i’s native flora. And, for those of you familar with the neighborhoods on O’ahu, yes… ‘Aiea was named after an O’ahu species of Nothocestrum. Wouldn’t it be great to smell these guys by Pearl Ridge Mall?

These pretty red flowers belong to a rare, wonderful Uhi uhi (Mezoneuron kavaiense). The red color and exerted stamens are typical characteristics of bird pollinated flowers. While I have seen Uhi uhi flowers before, I was not prepared for the size of the trees. 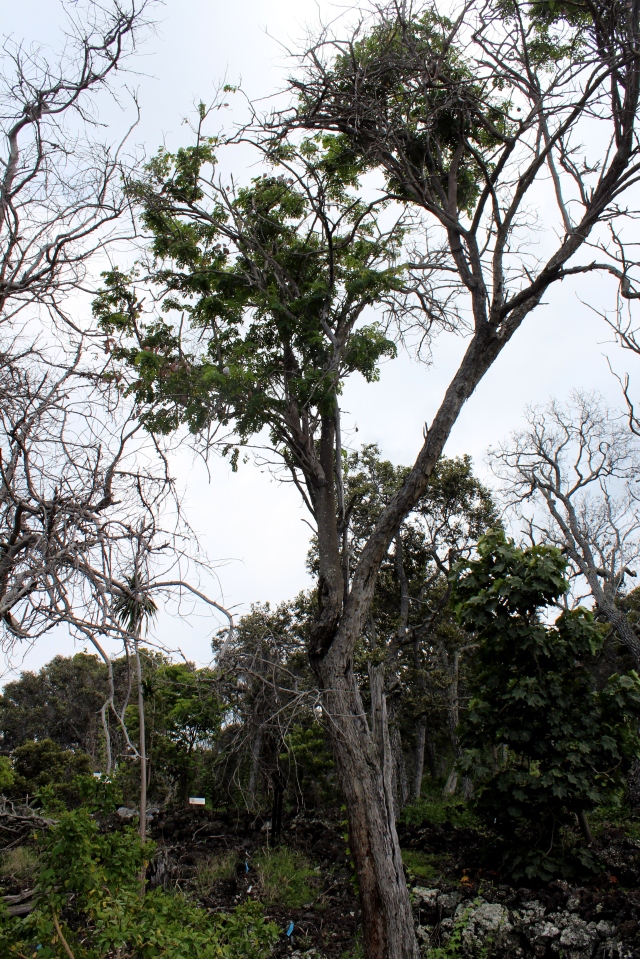 This healthy specimen was pushing 35-40 feet! Uhi uhi is also a highly endangered tree with roughly 40 known wild trees left. M. kavaiense is also a tree with extremely dense wood that was used for implements. It also has a beautiful grain to the wood. But alas it is currently too endangered to be used commercially. Perhaps some day.

Another very rare plant that was in flower was this Bonamia menziesii. It is in the same family has the koali ‘awa but it is much more endangered.

I also came across a maiapilo (Capparis sandwichiana). This one didn’t have much of a scent, then again, the smell should be much more potent at night. Ka’upulehu seemed to be in some sort of transitional zone. The dry forest has some elements more typically found along the coast, like the maiapilo. But some of them were doing strange things in this forest.

Normally along the coastline, maiapilo is a large sprawling shrub. But this one was growing like a single bore, small tree. It was about 10 feet tall. Strange…

I’ll finish this post with these two trees that are not even in flower. They are Hau hele ula (Kokia drynarioides). K. drynarioides is a highly endangered plant found naturally only in North Kona. What makes this two individuals unique is that they might be the last two wild individuals left! Every other mature individual of the species is either in cultivation or has physically been outplanted.

It is humbling and inspiring to see these rare plant thriving. Healthly, tall trees. Rare natives taking advantage of situations better than weeds. And all the flowers! Given a little care and attention, a future where the dryland forest is expanding and not so fragile doesn’t seem that far off.

*Much respect to Wilds Brawner for showing me around the property. If you would like to learn more about rare dry forest in Hawaii, please check out http://www.drylandforest.org/ and Ka’upulehu