Reforesting Hakalau: The Back Office

Posted on October 23, 2013 by Sebastian Marquez 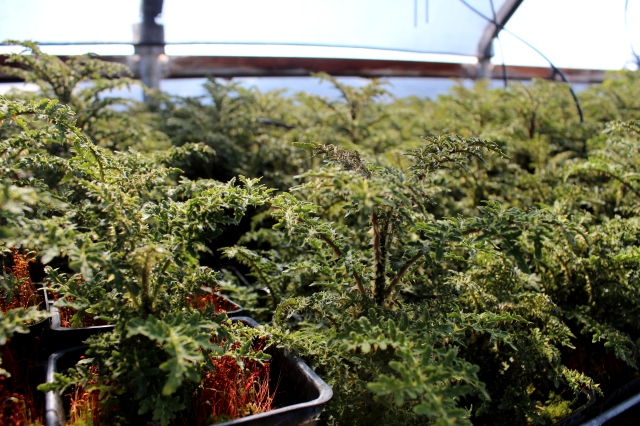 For many people, birds are the stars of the Hawaiian forest. Rare creatures with distinct evolutionary history tend to get the lion’s share of people’s attention. There is a reason it’s called charismatic fauna. At Hakalau, thousands upon thousands of visitors from around the world come to see these wonders of nature.

I’ll say now that there is a good amount of people out there that love plants. But there is also a reason that the term charismatic flora isn’t as popular. Akin to a Broadway production, the birds are the scene-stealers and the plants are the scene. The backdrop. That’s the front of the house, what the paying public sees. What is going on behind the scenes, with the reforestation efforts? Let’s unveil the curtain of some of the awesome things going on in the back office…

As part of the trip to Hakalau that our Manoa Cliff group took, we spent an entire day helping with the reforestation efforts going on at the site. For us, it was interesting to talk shop and see the different species in the Big Island forest compared to O’ahu. Touring the greenhouse and checking out what Baron had was pretty cool. 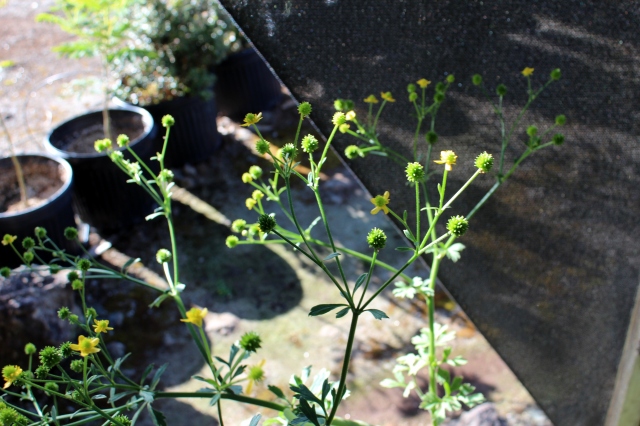 This is the native buttercup (Ranunculus hawaiensis). I thought it was particularly neat that it had volunteered right on the floor of the greenhouse. 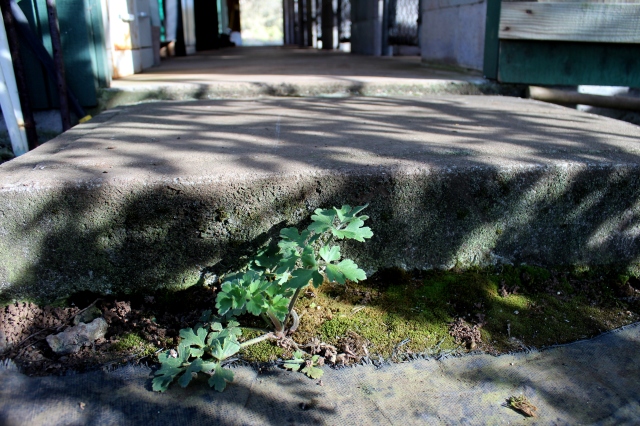 The buttercup wasn’t the only plant that was popping up on its own. 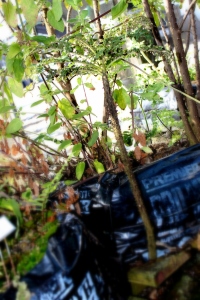 This &#$@ weedy haha! Always giving horticulturalist trouble by growing everywhere. That would be something wouldn’t it? Right now, weedy native lobeliads is such an incongruous juxtaposition. Anyway, in this case, this Cyanea shipmanii was growing out of the side of another plant’s medium.

C. shipmanii is a very rare species; only very few individuals are known from the wild. Luckily, as you can see here it does very well in cultivation. The picture at the top was trays and trays of little haha growing vigorously in 4 inch pots. 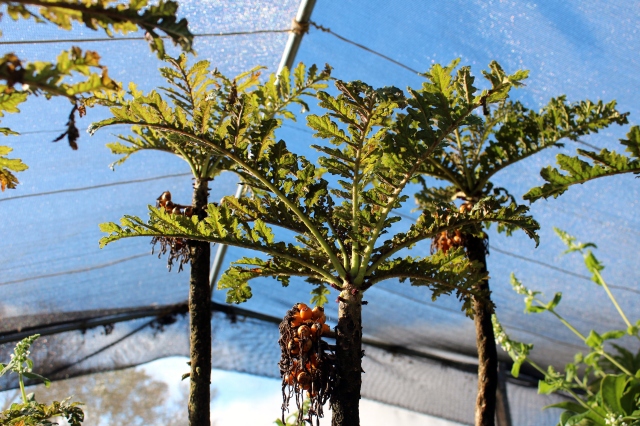 Another thing that I enjoyed about the plant was the leaves. Cyanea shipmanii is one of the few Cyanea spp. that have highly dissected leaves. It gives the plant such a distinctive profile. 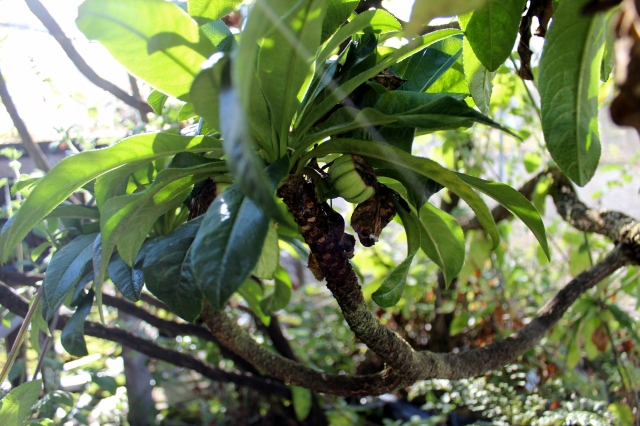 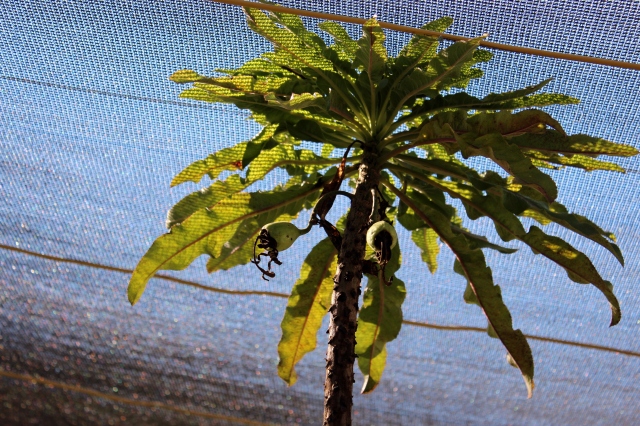 Baron had not one, but two species of Oha wai (Clermontia spp.) growing at the greenhouse. There are a number of differences between Clermontia lindseyana and C. pyrularia. I chose these two pictures to highlight some of the differences visible even on immature fruit: C. pyrularia fruit have a much smoother skin than the ribbed fruit of C. lindseyana. 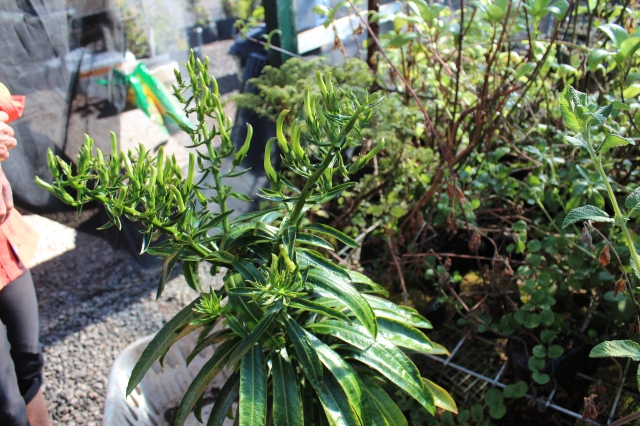 We’re not done with my favorite plant group yet! Baron also had a Trematolobelia grandifolia in the greenhouse. This individual was getting close to flowering. 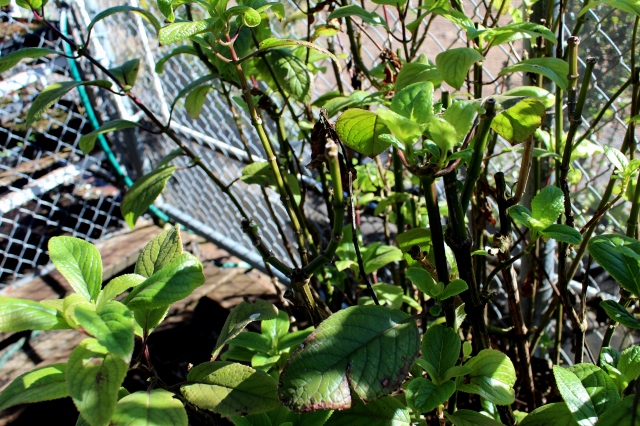 This plant has a very interesting story. Some years back, Jack Jeffrey happened upon a strange Phyllostegia spp. growing on a fence at Hakalau. There are other Phyllostegia species found at Hakalau (P. velutina, P. racemosa) but this one looked different. He made inquiries to Bishop Museum to help identify the plant. The resultant i.d. was quite the shock: It was a Phyllostegia brevidens! P. brevidens had not been collected on Big Island since the 1800’s. It is another satisfying return from the dead for native Hawaiian biota. Who needs Zombies?

The real treat for me was the personal planting. Nothing like taking pride in planting a native plant to give you an even greater stake in the place. Now, what plant did I choose? 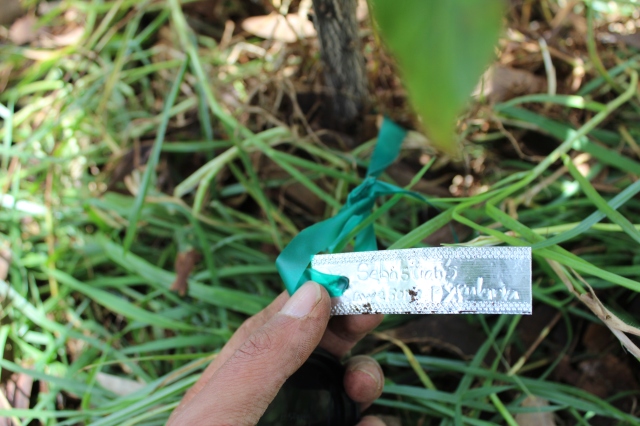 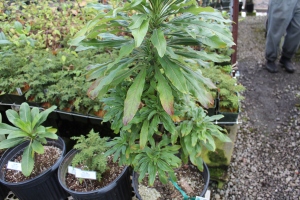 Of course I choose a lobeliad! Planting hundreds of Clermontia kakeana back at Manoa Cliff, I could only dream of some far off future where native honeycreepers regularly visit their flowers. The least I could do at Hakalau was to plant a Clermontia pyrularia and have the very real possibilty of an ‘I’iwi visiting it sometime soon. Who knows, if we keep at it, these rare native plants might become weedy in their own homes… right shipmanii? 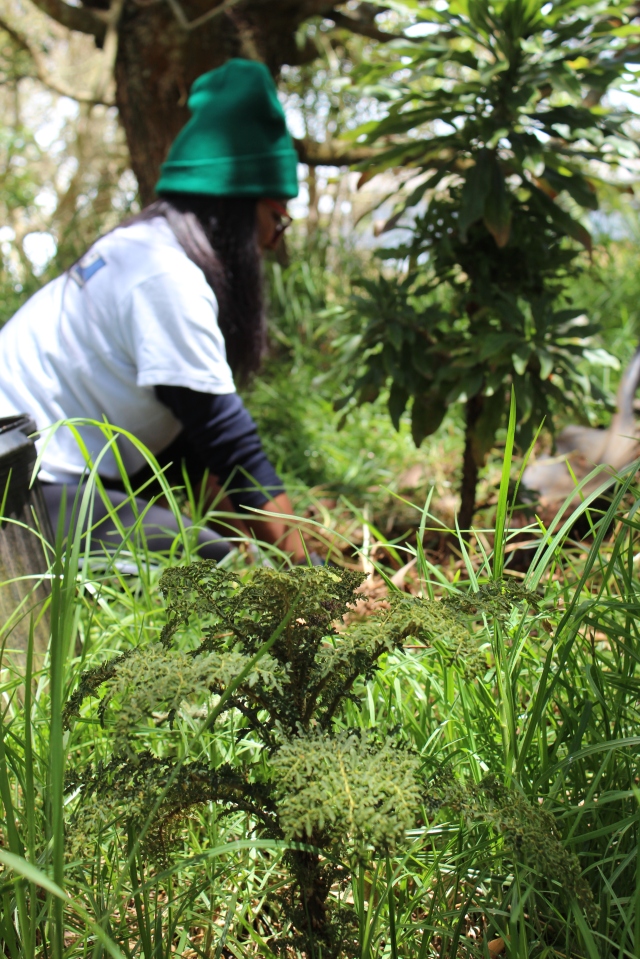