Posted on November 26, 2010 by Sebastian Marquez

I love, love, love the zoo. Now, I know there are a lot of valid critiques out there about zoos, but my view is that zoos help create meaningful passion in people.

It could be erroneous, but I would venture that most people didn’t get their passion for animals just from reading a book; they got it from interacting with animals. They could have had a pet as a kid, lived on a farm, or have gone to a zoo. If a picture of an animal is worth a thousand words, then being in the presence of animals is worth a thousand million pictures.

Certainly, I have my limits. If zoos are not putting a premium on the well-being of the animals, that is an issue. And many of the critiques fall in this area. Also, for me, if the populations are too low where taking out individuals from the breeding population (whether hunting, wildlife trade, or zoo collections) endangers the entire group, that’s an issue as well.

I might make a post on my defense of zoos. We’ll see. In the meantime, I’ve been blessed to meet some of the most awesome personalities on the planet while volunteering at the Honolulu Zoo. In the picture above, I’m feeding Kruger, the zoo’s southern white rhino (Ceratotherium simum simum) apples. Here are some of the other interesting characters at the zoo. Take a look: 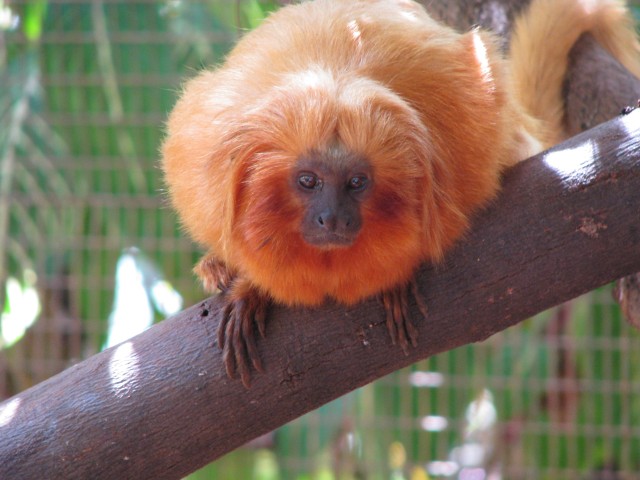 This is more nostalgic for me. I remember back in the early nineties when there was this big media push for saving the Golden Lion Tamarins (Leontopithecus rosalia). I didn’t know that the Honolulu Zoo was a big part of that.

Abby is the leader of the zoo’s ragtag bunch of Southern Ground Hornbills (Bucorvus leadbeateri). He is also the coolest bird I know. While he is extremely comfortable around people, it doesn’t seem as if he is imprinted on humans. Abby still sired several broods over the years. I’m actually not quite sure of his age; he arrived at the Zoo in 1971 as an adult.

By the way, if you want to learn more about Ground Hornbills, check out the post at Dr. Naish’s awesome site Tetrapod Zoology.